0
Answer
Under review
Alexander 3 years ago

0
Answer
Under review
Alexander 3 years ago

No, just a version you gave me a link to some time ago.

Do you have to have a paid version for 4K downloads?

I wasn't aware of that.

That's right, you can download 4k and mp3 only by paying for the program.

Thanks Alexander, I've now bought the Televzr pro version on a lifetime subscription, and the 4K options are there!

I downloaded the 4K version of that video, but it wouldn't open in my editor (Premiere Pro CS6), which said "an unspecified error occurred" or even in VLC Media Player, which normally opens everything! VLC said it doesn't support the vp09 codec.

I then found the transcoding option in Televzr, and re-downloaded it, which took well over an hour to do the conversion!

The resulting mp4 file is better, and will open in VLC, but still won't open in Premiere.

On both files QuickTime Player throws an error "an invalid sample description was found in the movie".

Any ideas, or is it not possible to produce standard mp4 files from these 4K downloads?

You need to enable this setting here, if you did, ok. 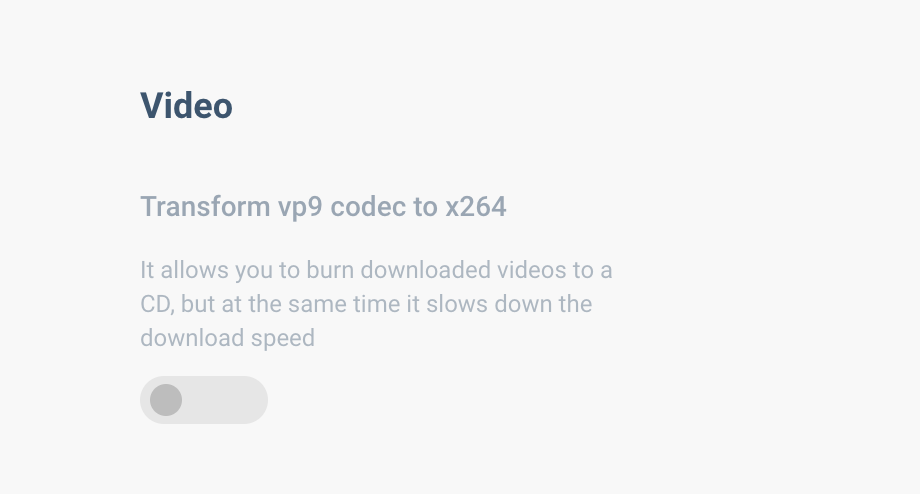 The video will be available for viewing but will take longer to download.

Thanks Alexander, but as I said, I already did that.

It did indeed take longer, well over an hour in fact, most of which was the conversion process!

However, the resulting file still won't open in many programs.

It does now open in VLC, but won't open in Premiere Pro, or in my AVS Video Converter program, which says there is no video information in it!

Presumably it's still not a standard mp4 file, even after ffmpeg conversion.

Can anything be done to make the converted files more standard?

I guess this is a limitation of ffmpeg, but thanks for adding the conversion option so the downloaded vp9 files can at least played in VLC and not be completely unusable!

It's annoying not being able to edit them though, even the converted file has resisted all my attempts to import it into any editing or conversion program.